“By analyzing the amount of oxygen you consume, the (VO2 max) test determines how efficiently your body extracts and uses oxygen from the air. This makes it the gold standard of fitness markers, as well as a strong indicator of your overall health.”

That statement appeared in the April 21 Menshealth.com article “5 Health Tests That Could Save Your Life” (7). 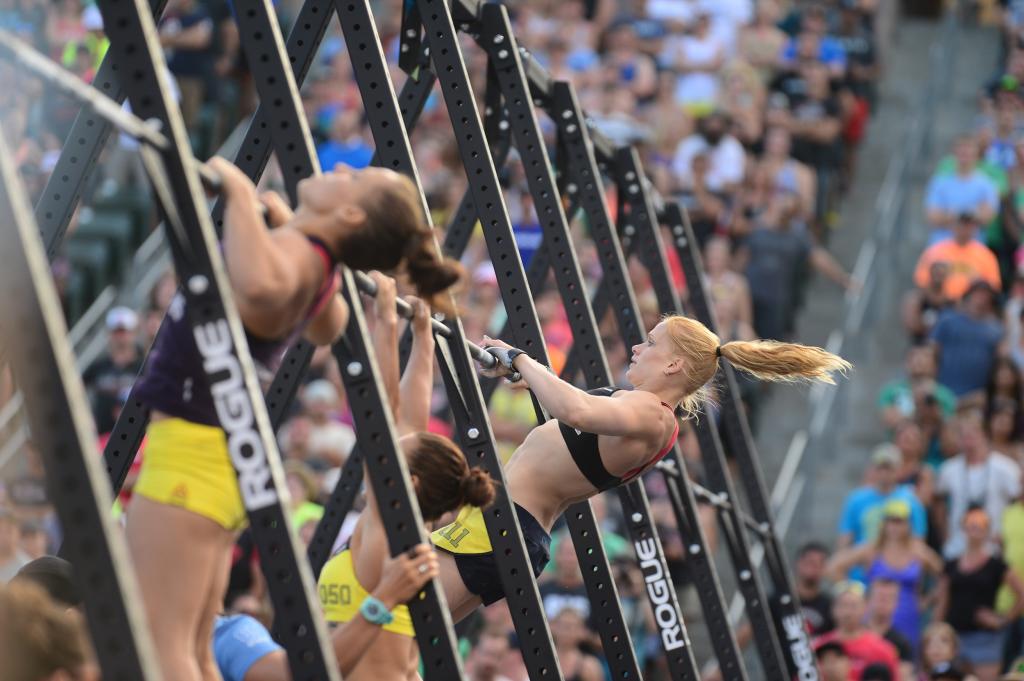 CrossFit has blurred the line between conditioning and strength work. For example, gymnastics and barbells can be combined in intervals that dramatically affect the aerobic system. (Shaun Cleary/CrossFit Journal)

As CrossFit athletes, we’re interested in a broad and inclusive fitness, high levels of general physical preparedness (GPP) and increased work capacity. CrossFit training is often characterized by intensity, and many CrossFit athletes aren’t especially fond of long, steady-state workouts that require lower intensity due to their duration. That’s OK, because we can achieve aerobic adaptations through the interval work that has always been a large part of CrossFit programming.

“Properly structured, anaerobic activity can be used to develop a very high level of aerobic fitness without the muscle wasting consistent with high volumes of aerobic exercise!!” CrossFit Founder and CEO Greg Glassman wrote in the CrossFit Journal article “What Is Fitness?” “The method by which we use anaerobic efforts to develop aerobic conditioning is ‘interval training’” (4).

The more we understand about the mechanics of aerobic adaptation, the better the foundation for solid programming, so let’s take a quick look at these adaptations through the lens of the Fick equation, named for German physiologist Adolf Eugen Fick.

• VO2 is the amount of oxygen utilized by our bodies, measured in liters per minute.

• Q is cardiac output—heart rate (HR) x stroke volume (SV). HR is measured in beats per minute, and SV is defined as the amount of blood ejected from the heart per beat (ml/beat).

• a - vO2 is the difference in arterial and venous oxygen content, measured in ml of oxygen per 100 ml of blood. This is a measure of oxygen extraction at the tissue (skeletal muscle for our purposes).

The question: “How does training affect these variables and allow us to improve our VO2 max?” We know that the two determinants of VO2 max are genetics and training, with genetics being the major contributor (about 60-70 percent genetics versus about 30-40 percent training) (2).

Let’s look at cardiac output first, referencing the above equations. 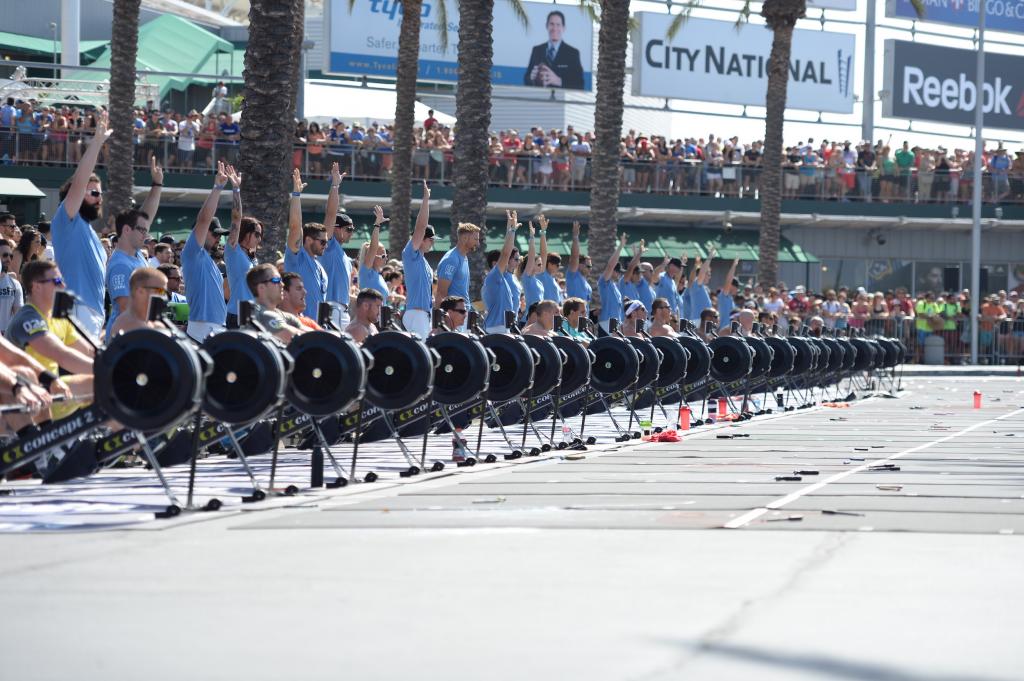 CrossFit athletes rarely face long, single-modality tests. In most cases, traditional “cardio” activities are combined with other elements, creating interval work. In the 2014 Reebok CrossFit Games, a 3,000-m row was followed by 300 double-unders and a 3-mile run. (Ruby Wolff/CrossFit Journal)

With aerobic training, we see a couple of changes in the determinants of Q (cardiac output) at rest. Resting Q remains the same, but SV increases, allowing for a lower HR (training bradycardia).

As we examine the max-exercise equation for cardiac output, we see a couple of changes post training as well. Q has increased, max heart rate is unchanged (but may decrease), and SV has increased. At this point we can eliminate HR as a causal factor in increasing VO2 max. SV increases with aerobic training—but how? 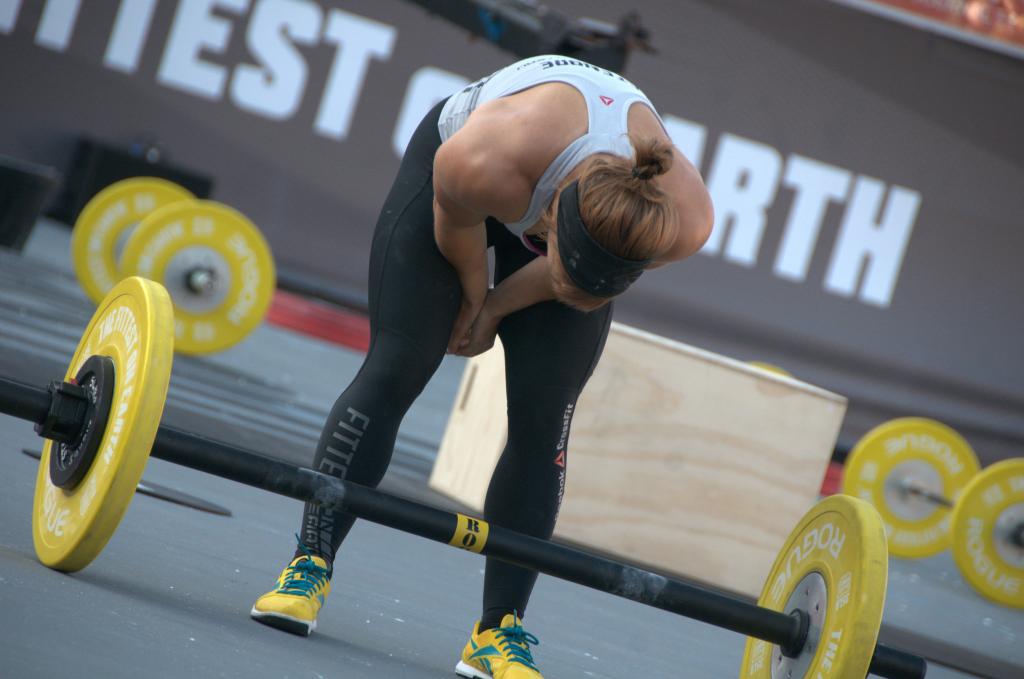 Many CrossFit chippers fall in the range of 15-20 minutes and offer a series of anaerobic challenges that combine to place significant demands on aerobic capacity. (Piero Lupino/CrossFit Journal)

By looking at the Fick equation, we see part of how we adapt aerobically: primarily via increases in stroke volume (due to increased blood volume), and to a lesser extent via increases in the difference between arterial and venous oxygen content.

In application, this gives us an understanding of the rationale behind the CrossFit exercise prescription. For workouts lasting longer than two minutes that require an elevated heart rate for the duration, we will likely see some aerobic adaptation even if the workouts include lifting or gymnastics and are far from the “steady-state conditioning” common in running, cycling or other endurance sports.

“Strive to blur distinctions between ‘cardio’ and strength training. Nature has no regard for this distinction or any other,” Glassman wrote in “What Is Fitness?”(4).

In the CrossFit Level 2 Trainer Course, it is suggested that we keep the majority of our workouts shorter than 15 minutes because this time domain allows for the manipulation of intensity and movements to provide broad adaptation in strength, power and aerobic endurance. All three are important for the development of GPP.

This leads us back to the Men’s Health quote:

For the purposes of this article, the description is adequate.

Men’s Health is obviously referring to aerobic capacity—not GPP—as “fitness,” and if VO2 max were indeed the gold standard, we wouldn’t need to run distance races anymore. We would simply have athletes test their VO 2 maxes and declare a winner.

CrossFit Games champion Rich Froning Jr. posted a VO2 max of 73.9 ml/kg/min to Instagram early in 2015 (3), and while the number is definitely impressive when compared to normative data, it’s unlikely Froning’s success can be attributed to VO2 max alone. But would this number make him a better endurance athlete than those with lower VO2 max numbers?

Olympic marathon champions Peter Snell (72.3 ml/kg/min) and Frank Shorter (71.3 ml/kg/min) recorded VO2 maxes lower than Froning’s (6), but Froning would not have been competitive in a marathon with these athletes. 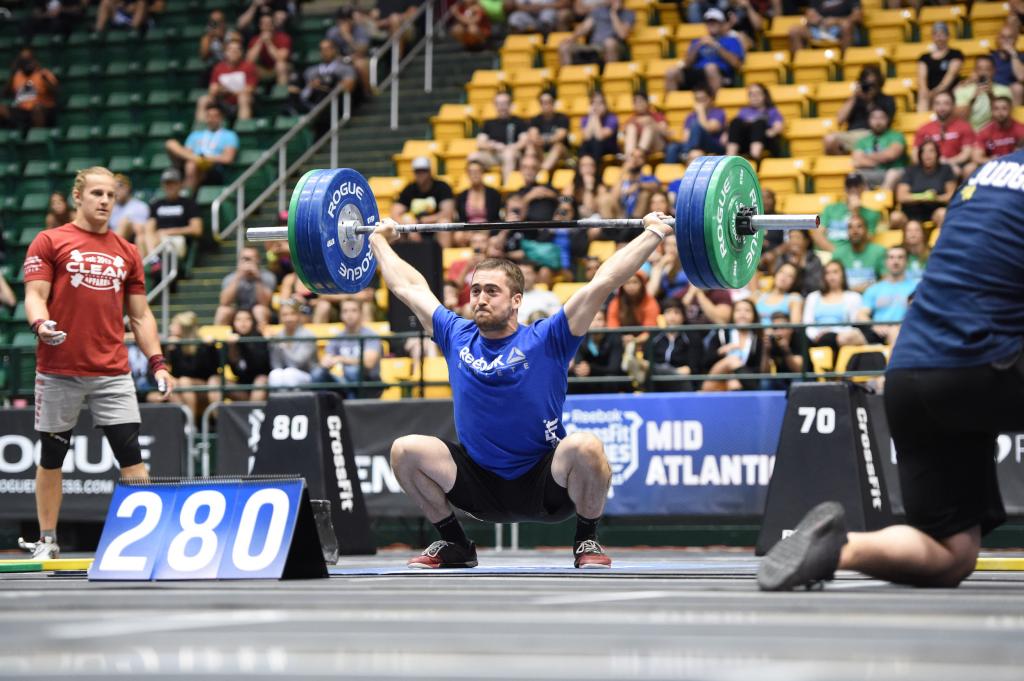 Although a relatively high VO2 max is important to be successful in endurance activities, other markers correlate more closely to overall fitness: lactate thresholds and critical power (1,5,9).

Lactate threshold is the point at which lactate begins to accumulate in the blood during exercise, and critical power is determined by using test results to graph power output against time and determine the point at which power decreases level off as time increases. These two variables are also more “trainable” than VO2 max, and the more one can increase these variables relative to VO2 max, the longer higher work rates can be maintained.

Furthermore, it should be obvious to CrossFit athletes that cardiovascular/respiratory endurance is but one of CrossFit’s 10 fitness domains. It’s rather useless in CrossFit if an athlete hasn’t the strength to lift a barbell or the flexibility that will allow him or her to achieve optimal positioning in movements. 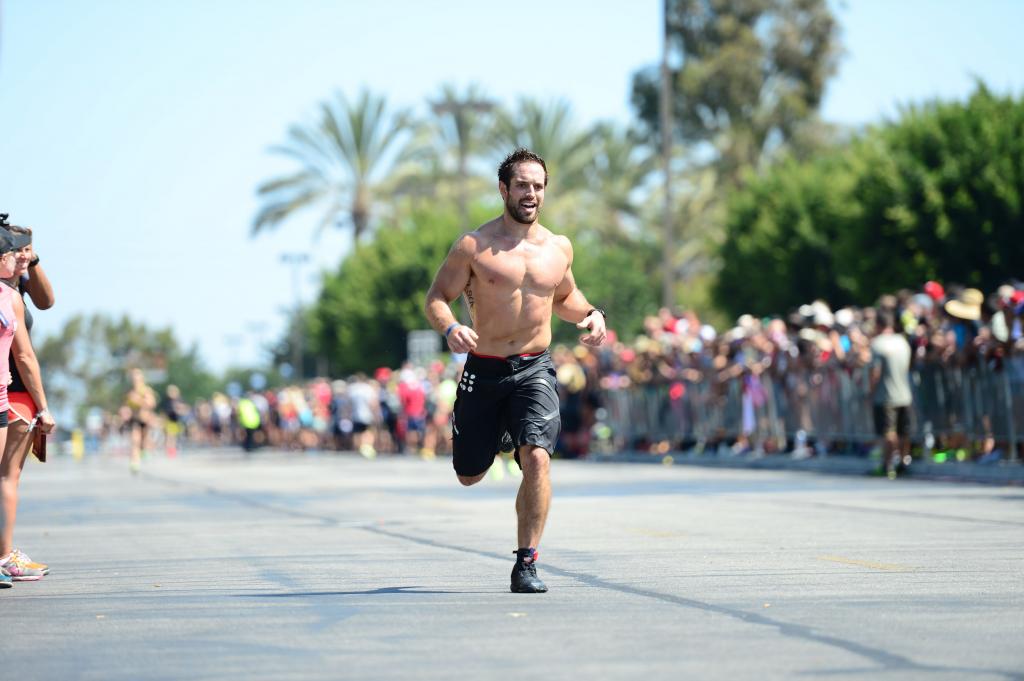 What about VO2 max as a strong indicator of “overall health”? The literature seems to back that up if we’re talking about cardiovascular health, but once a certain VO2 max level is reached, continued improvements don’t decrease the risk of chronic cardiovascular disease (for normative VO2 max data, see 10). In conditions such as heart failure, VO2 max dips into the very bad range, and patients may hit their max VO2 simply trying to walk across the room. Obviously, this lack of exercise tolerance becomes a major concern (8,11,12).

While VO2 max might have been considered a gold standard of endurance at some point, we have demonstrated that it is but one of several important variables, and its status as the gold standard is not backed up by data. VO2 max should be regarded as one of many variables involved in fitness, defined as increased work capacity across broad time and modal domains.

Now go do Murph and increase your stroke volume!