A version of this piece was published in the print edition of the U.K.’s Sunday Express on March 22, 2020, under the title, “COVID – 19 and the Elephant in the Room; an Opportunity to Get Fitter, Stronger, and Healthier.”

Years ago while working as a junior doctor, I suffered the worst bout of flu I could imagine. With a high fever and cough, it took me a week before I was able to get out of bed and six weeks before I felt back to having normal strength and energy. Retrospectively, there were three things that I ascertained leading up to becoming sick that made what should have been a relatively mild illness much more debilitating. First, I was particularly stressed that week, which also impacted my sleep. To cope, I ended up eating more snack foods — such as candy bars, cookies, and potato chips — but the icing on the immunity-destroying cake was that I overtrained a couple of days before my symptoms appeared. Thinking about reducing my stress and feeling guilty for gorging on junk food that week, I decided I would run at high intensity for an hour as opposed to my usual 30-minute, 5-km jog.

What I didn’t realize at the time was that my behavior was significantly ramping up stress hormones in the body, namely adrenaline and cortisol, which are known to biologically suppress the immune system. This didn’t just put me more at risk of catching an infection but meant that my symptoms would become more severe. Sports science research has revealed that although exercise generally acts as a natural boost for the immune system and should be actively encouraged, overdoing it when ill, especially without adequate nutrition, sleep, and recovery, has the opposite effect, particularly with regard to respiratory infections.

But what about other lifestyle factors that impair immunity? Data that has emerged on the coronavirus so far reveals which groups are at greater risk of developing more severe complications from the illness. In Italy, age initially appeared to be the key factor. With the oldest population in Europe by far, the median age of those succumbing to the virus was 81. But it wasn’t age alone; on average those individuals had 2.7 comorbidities, such as smoking, high blood pressure, Type 2 diabetes, and cancer.

In Wuhan, where the outbreak began, despite a much younger demographic of patients with severe disease (median age 63), more than 60% of those hospitalized who suffered the worst outcomes had either high blood pressure or Type 2 diabetes. China also has the highest prevalence of Type 2 diabetes in the world.

The medical profession has known for a long time that having high blood glucose causes immune dysregulation, resulting in more severe infections and increased risk of death. What most in the profession don’t fully appreciate is that excess body fat (which is also strongly associated with high blood pressure) has an additional adverse effect on immunity. Obesity is associated with a greater risk of influenza-related complications and hospital admissions.

The current general health of the British and American populations is dire. We are two of the fattest nations in the world due to consumption of ultra-processed junk food, which now makes up a staggering half of the diet in these countries where more than six out of 10 adults is overweight or obese.

But there is some potential good news in all the current doom and gloom. Dietary changes can massively and rapidly improve blood glucose for most Type 2 diabetics, with up to 50% remission within weeks to months. One positive to come out of this tragic pandemic is it could be the catalyst for Britain and the U.S. to become healthier and reverse the Type 2 diabetes and obesity epidemics that have plagued us for years. Politicians take heed. A healthier population is also an economically more productive one.

Other advice I’m personally giving to older patients is to not proactively lower their cholesterol with diet or drugs. Research I co-authored with 15 international scientists, published in BMJ Open in 2016, revealed there was no association with so-called bad cholesterol (LDL-C) and the development of heart disease in those over 60, and there was an inverse association with death from all causes. In other words, the higher your LDL, statistically, the less likely you are to die. The reason is cholesterol plays an essential role in the immune system and most likely protects the elderly from succumbing to, in particular, respiratory and gastrointestinal infections.

In preliminary research just submitted to the Lancet, those hospitalized with COVID-19 in Wenzhou, China, were found to have significantly lower total, LDL, and HDL cholesterol than healthy controls. Whether this is a cause of viral severity, an effect, or a combination of both remains to be determined, but given what we already know, low cholesterol appears to be a risk factor for severe infection in those over 60. (For those under 60, there is only a strong association with the development of premature heart disease with cholesterol at extremely high levels due to genetic factors that affect one in 250 people.)

Statin medications have also been associated with a slight increase in the development of upper respiratory tract infections. So if you haven’t suffered a heart attack and are over 60, not only are you going to receive no net benefit from the drug, but it may be putting you more at risk from complications of COVID-19.

So here are my key lifestyle tips to keep you healthy, not just during the coronavirus outbreak but for the rest of your life too.

Nutrition: Eat whole foods — specifically, a variety of whole fruits and vegetables, nuts and seeds, and proteins, ideally consuming oily fish such as salmon or mackerel a couple of times a week. Getting enough protein is essential for optimal immune function, particularly for those over 60. The best sources are animal foods such as steak, pork, chicken, fish, and eggs. Make sure you’re cooking in butter, lard, or extra virgin olive oil. The best fruit sources of natural vitamin C include lemons, oranges, and strawberries. If you’re following a healthy, varied diet, there really is no need for supplements.

Avoid ultra-processed food — essentially anything that comes out of a packet that has five or more ingredients — especially cookies, cakes, candies, and potato chips. Avoid any product marketed as low-fat or “proven to lower cholesterol,” as they’re often loaded with other unhealthful ingredients to make up for loss of taste when the fat is removed. Avoid all added sugar, including fruit juice, honey, and syrups. Avoid food cooked in industrial seed oils, such as sunflower or soybean oil.

If you are overweight, obese, or have Type 2 diabetes or high blood pressure, it is best to avoid or keep to a bare minimum all starchy carbohydrates, such as bread, pasta, rice, or potatoes. If you can do this at least 80% of the time, you’ll be well on your way to better health within weeks. Excellent recipes are available on CrossFit.com.

Exercise: A daily brisk walk or run outside, cycling, or exercises in the home, including running in place, squats, push-ups, and weight-bearing exercises with dumbbells, kettlebells, or other implements can help maintain muscle strength and hedge against sickness. Check out the best at-home workouts on CrossFit.com.

Sleep: Aim for at least seven to eight hours per day. If you’re not managing that, then cut out all caffeine after midday and switch off all social media at least two hours before bedtime.

Meditation: Aim for 20 minutes a day of deep breathing in a quiet room. I use an app called Calm.

Stop smoking: There’s no better time than now to stop. Smokers are a particularly high-risk group for severe complications from COVID-19 and other respiratory diseases.

A great pneumonic reminder of what you should do every day as part of your regular routine comes from my colleague and friend Dr. Phil Hammond: 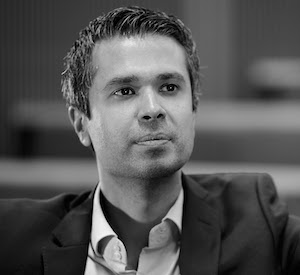 Dr. Aseem Malhotra is an honorary consultant cardiologist at Lister Hospital in Stevenage, U.K., and visiting Professor of Evidence-Based Medicine at the Bahiana School of Medicine and Public Health in Salvador, Brazil. He is a founding member of Action on Sugar and has led work highlighting the harm caused by excess sugar consumption in the U.K., particularly its role in Type 2 diabetes and obesity. He has also been prominent in challenging mainstream advice on the role of saturated fat and cholesterol in the development of cardiovascular disease. In 2015, he coordinated the Choosing Wisely campaign by the Academy of Medical Royal Colleges (AoMRC) as lead author in a BMJ paper highlighting the risks of overuse of medical treatments. In the same year, he became the youngest member to be appointed to the board of trustees of U.K. health think tank the King’s Fund, which advises the government on health policy. Malhotra is a frequent expert commentator in print and broadcast media and has written for a number of publications including the BMJ, The Guardian, Observer, BBC online, Huffington Post, The Daily Mirror, Daily Mail, The Daily Telegraph, and The Washington Post.