Question
How does insulin therapy (i.e., use of exogenous insulin) affect heart disease risk in persons with Type 2 diabetes?
Takeaway
This 2017 review provides a variety of evidence indicating the use of exogenous insulin increases both heart disease risk and overall mortality in Type 2 diabetics. This indicates use of insulin therapy should be discouraged unless absolutely necessary, particularly given the existence of alternative pharmaceutical and lifestyle tools to establish glycemic control without the use of insulin. More broadly, this evidence is consistent with the assertion (previously explored on CrossFit.com) that hyperinsulinemia directly increases morbidity and mortality and thus suggests optimal therapies to manage diabetes need to consider both blood glucose and insulin control.

This 2017 review argues insulin therapy in diabetics increases risk of heart disease and overall mortality and should be discouraged in light of effective alternatives.

Early research on the use of insulin treatment to manage diabetes found insulin improved outcomes and reduced cardiovascular risk (1). At the time of these earlier trials, however, there were few other tools known to help diabetics manage blood sugar levels. As a result, diabetics often initially presented with very high HbA1c levels, which were brought into a more moderate range via insulin therapy. This early research thus only informs the narrow judgment that achieving glycemic control through insulin therapy leads to more favorable outcomes than failing to achieve glycemic control at all.

More recent long-term trials have consistently demonstrated that the use of insulin increases cardiovascular risk and mortality in diabetics, often in a dose-dependent manner (2). The evidence includes the following: 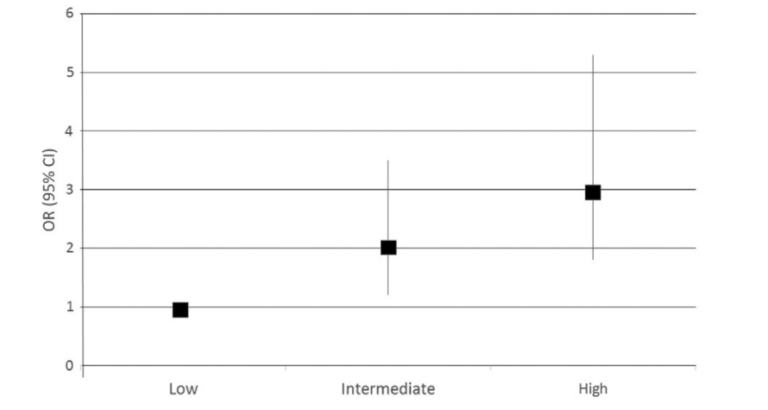 The review authors note these risk ratios may in fact be underestimates. Insulin is generally provided alongside insulin-sensitizing agents, such as metformin or thiazolidinediones, drugs that have been associated with reduced risk of cardiovascular disease and mortality (12). Thus, the specific effect of insulin therapy on cardiovascular and mortality risk may be worse than the estimates provided above.

Exogenous insulin is not similar to endogenous (i.e., produced by the body) insulin. Externally delivered insulin cannot respond to elevations of glucose as rapidly as endogenous insulin, and the dose provided often leads to temporarily supra-physiological insulin levels (i.e., higher insulin concentrations than the body would experience naturally). The authors argue exogenous insulin may increase CV and mortality risk through three mechanisms.

First, insulin dosing leads to recurrent hypoglycemic episodes, many of which will be asymptomatic (13). Hypoglycemia acutely increases risk of cardiovascular events and can cause vasoconstriction, ECG changes, angina, and sudden death (14). Hypoglycemia also stimulates inflammation and oxidative stress, which may lead to the features of the metabolic syndrome and cardiovascular disease linked to diabetes (15).

Second, over-insulinization leads to weight gain, dyslipidemia, inflammation, insulin resistance, and beta-cell exhaustion; the direct effects of hyperinsulinemia have been previously reviewed on CrossFit.com (16). Acutely, hyperinsulinemia may induce endothelial dysfunction, inflammation, and hypertension, all of which increase cardiovascular risk (17). Very high insulin levels may shift the heart away from fat metabolism toward glucose metabolism, a change with potentially toxic consequences (18).

High insulin levels also increase adiposity, particularly in the peritoneum, the fat depot most closely linked to metabolic disease (19). It is well known that insulin therapy leads to weight gain in diabetics, many of whom are already overweight prior to beginning treatment; the degree of weight gain is proportional to the insulin dose used (20).

In recent years, a variety of both pharmaceutical and lifestyle therapies have been shown to support glycemic control in diabetic subjects without increasing insulin levels (21). These therapies, unlike insulin, have been linked to reduced cardiovascular and mortality risk. In light of these alternatives, the authors argue insulin therapy should be discouraged except in cases where these alternatives (some of which have been explored previously on CrossFit.com) are insufficient to establish glycemic control.