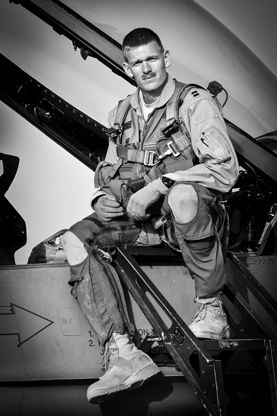 U.S. Air Force Major Lucas "Gaza" Gruenther, of Twain Harte, California, died Jan. 28, 2013, when his F-16 jet went down in the Adriatic Sea off the coast of Italy. Gruenther was in the 555th Fighter Squadron where he served as an F-16 Flight Lead for the 31st Fighter Wing, Aviano Air Base, Italy. Gruenther is survived by his wife, Cassy; daughter, Serene, born just a week after his death; parents, Romel Mathias and Joseph Malin; brother and sister-in-law, Alex and Britton; brother, Chance Hildreth; grandmothers, Melba Mathias and Brigitta Gruenther; and many aunts, uncles, cousins and friends. He is preceded in death by his grandfathers, Robert Mathis and Col. Donald Gruenther.

* This is a challenge workout for anyone who wants to participate, even if you do not belong to Crossfit Charlotte or Reebok Crossfit Uptown. The WOD will start at 8am Sunday morning. 5/22/2016. Please come earlier if you would like to warm up! Allow 90 minutes for the workout!