CONGRATULATIONS TO CHRIS AND KELLY 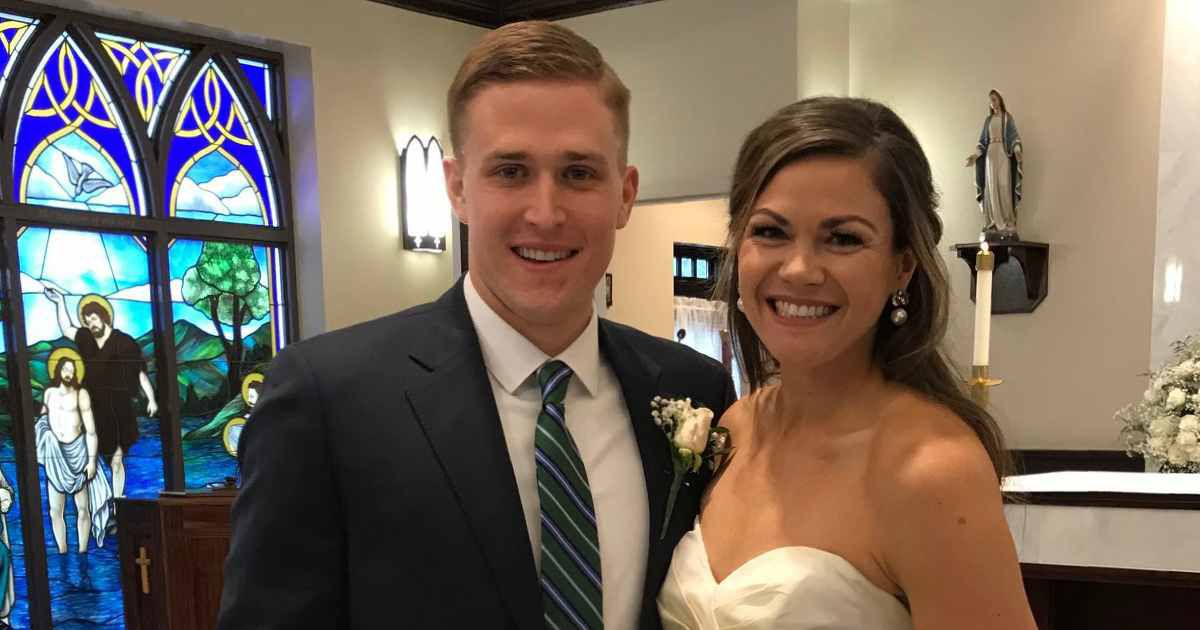 On Saturday, April 7th, 2018, at 1:30 in the afternoon Kelly Ewing and Christopher Borin were joined in Holy Matrimony. They professed their vows at St. Vincent DePaul Catholic Church with parents, grandparents, siblings, and nieces and nephews in attendance. After pictures at Latta Park, despite the overcast and unseasonable chilly April weather (we all know that a rainy wedding day promises a happy marriage), a celebration dinner, hosted by Ruth Ewing, was enjoyed at Bentley’s on 27 in Uptown Charlotte.

Kelly and Chris, both avid CrossFit-ers, met at CrossFit Charlotte in September 2016. Soon after their first date was, not surprisingly, an afternoon hike up South Mountain. They became engaged a year later. There is no doubt they packed workout attire for their honeymoon trip to Santorini, Greece, although one would suspect the WOD doesn’t include pull-ups, burpees, box jumps, double-unders, or lifting heavy things.

PS Kelly immediately received the thumbs up from Chris’s mom as Kelly was consistently the first one to “like” her future-mother-in-law's CFC workouts. Go figure.